THE TRUTH SOMETIMES HURTS, BUT SOMETIMES IT MAKES SENSE.  In 2009, several insiders came forward with more information about Andrew WK, Steev Mike, Kristine Williams and the blackmail conspiracy, Andrew's managers, and the possibility of a secret advertising campaign, in which Andrew's past history was fabricated, to create controversy later on.  The following report is from an annonymous source, but is available freely online.  No copywrite infringement intended here:

Andrew WK is Steev Mike, and vice versa.  The whole "Steev Mike created Andrew" concept, the website hacking, the actor angle, the Andrew WK Inc. company, Louise Harland, etc., all were designed and orchestrated by Andrew's management company, RCU Audio International or Universal Music, as part of somesort of plan to make it look like a blackmail plot, or to play it off as an advertising based bit of a "social experimenting", and a way of keeping the AWK fanbase distracted during his still unexplained absence from the spotlight, during the intial 2005 meltdown.

Andrew WK was not fired by Steev Mike.  The wealth of information available with "evidence" to the contrary, etc. proves that 35% to 45% of all the Andrew WK legend was pre- written and planted in the correct places; the rest of it simply boils down to over-zealous fans coming up with their own scenarios and passing them along to other fans.  Andrew has admitted to this in 2009 interviews.   After passing those scenarios along, Andrew said that some fans have had a tendancy to give the rumors which started years ago a never ending life of their own, which unfortunately, is exactly what was hoped for by all those involved with Andrew's management company, and possibly everyone at RCU Audio (Mario Dane, Kristine Williams, etc.)

Originally, the idea was to draw the Andrew/Steev Mike confusion out even further and into different channels so as to keep people confused while Andrew's real manager worked out some sort of settlement with Steev Mike and Andrew's father's contract (see the James E. Krier info on Wikipedia).  The idea of a simple solution has been mostly abandoned to the hands of the fanbase at this point, who are keeping it alive on their own quite nicely.  It's my understanding that there were at least five or six other scenarios in the works for future developments at one point (possibly more), one of which would expand on the theory that Andrew WK had a split personality identified as "Steev Mike" who stood for the polar opposite of everything Andrew did (darkness, despair, isolation, etc.), and that the "two" of them would have a so- called "battle for control" over the identity.  As absurd as it may sound, it was an idea on the table but various people did give reports that Andrew himself had denied having a split personality.

What has made the entire Andrew WK legend so difficult to penetrate is that a considerably large number of people have had their hands involved in the creation of these storylines and actual real events.  Since the 2009 revelations (thanks to several newer annonymous fan sites, a few radio interviews, and Andrew's own recent admissions about what happened post 2005), we have now been able to re-consider old players in the AWK game, such as Twig Harper (aka James T. Harper, Twigs, Twigz, Aubs, Abbie, Addie WK, Carly Patk, James Pobiega, Little Holwin' Wolf, etc.).  In regards to the "various actors play a rock star named Andrew" angle, there was/is a kernal of truth to that, as several lookalikes were brought aboard at various times to make appearances in order to lend credibility to the ongoing grassroots rumors that Andrew wasn't "real". This was also a benefit to the real Andrew, who could as a result focus on his other responsibilities and obligations, erego 'be in many places at once'. Andrew is a legitimate artist who was discovered in early 2000, but then got a HUGE media push which resulted in the beginning of the over blown production and management deals that Andrew got tied into.

Several different key figures at Island/Def Jam really believed in AWK and was hoping to push him as the man who "saved rock and roll". The "Steev Mike" angle was originally intended to be a part of that storyline.  What many people have failed to realize is that the entire career of Andrew WK so far has been more or less scripted, and that things like Steev Mike and other conspiracies were created and written in like a plot, well in advance, by Andrew's management team and his father, who more or less invented the entire concept.  It was wildly succesful in some regards, but didn't quite achieve the EXACT results they all were hoping for (which, unfortunately, I'm not exactly aware of), hence the abandonment of the "Steev Mike Project", at which point Steev Mike backlashed, sued Andrew's manager, and thus began the 2005 New Jersey show incient and the fallout afterwards.

The possibility DOES exist that "Steev Mike" may make future appearances/threats of "outing" Andrew (or things of other natures), depending on whether or not it appears feasible and the desired results may be met by the media and the general public. That's all for now. Hope some of this helps for anybody still confused on the subject. 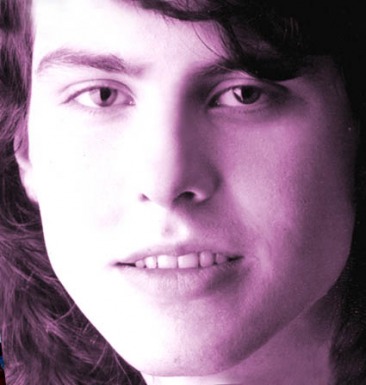